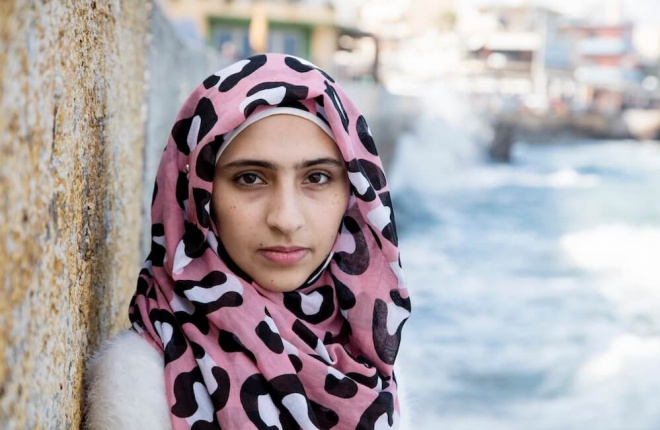 Melissa Fleming knows the power of individual stories. At the 2017 European Communication Summit she will explain how Doaa Al Zamel’s survival tale has moved viewers and readers to help refugees, evolving from a web story to a TED talk to an internationally-published book to a future Hollywood film.

As head of communications for the United Nations High Commissioner for Refugees (UNHCR), Melissa continues to focus on single stories for building empathy and driving action to support those people fleeing from their homes. She explains to Communication Director how the UNHCR is using digital platforms to engage audiences directly with these powerful stories.

How can a single story be a catalyst for communicating a larger subject?

There is a saying, “statistics are human beings with the tears dried off.” Refugees are often treated as statistics, and populist politicians are using rhetoric that dehumanises them and allows for narratives that promote fear and xenophobia. Single stories capture people’s imagination and have the power to educate while creating empathy and encouraging action. But that story must show not just the horrors that refugee escaped from and the misery of their current situation, but also their resilience and ability to rebuild their lives if they were to receive a bit of compassion and help. I am afraid that if we didn’t tell individual stories that there would be even less sympathy, fewer donations and more closed borders.

What other forms of communication have been effective for the UNHCR?

Our communications starting point is always pulling together credible, factual, reliable information that makes news. This serves as the backbone and generates a great deal of press coverage. Now, in the digital age, we have embraced social media to reach and engage audiences directly. We produce multimedia content tailored to each individual platform. We have teams of writers, photographers and videographers in conflict zones and where we have large refugee operations producing stories for all platforms and to share with media partners. Individual storytelling is at the heart of our production, while always highlighting the wider issue and then what needs to be done.

To find out more about the Summit programme and to secure your tickets head to the European Communication Summit website.

As head of communications and chief spokesperson for the United Nations High Commissioner for Refugees (UNHCR), Melissa Fleming leads all communications efforts around the globe. Operating in 120 countries, UNHCR provides shelter and help for over 30 million people who have fled wars and persecution. In her role, Melissa has introduced strategic communication planning designed to have more impact on the varied audiences, which include media, donors, governments and refugees themselves. She is also leading a rebranding project for UNHCR, and is launching a new digital platform for interactive engagement and individual giving. She joined UNHCR from the International Atomic Energy Agency (IAEA), where she served for eight years as spokesperson and head of public information during the period the organisation made headlines for its inspection work in Iraq, Iran and North Korea and won the Nobel Peace Prize in 2005. Prior to IAEA, she headed the press and information team at the Organisation for Security and Co-operation in Europe and as a public affairs specialist at Radio Free Europe/Radio Liberty.