50 ways to find your lover

A love-letter to the relationship between brands and online influencers 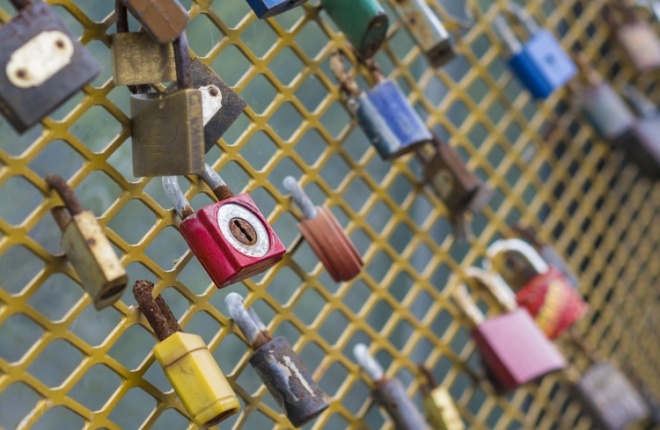 After the first giddy infatuation, for any relationship to succeed in the long run requires patience, compromise, give and take – and a reasonable, agreed-upon level of payment.

(We’re talking, of course, about the relationship between brands and online influencers)

When we first fell in love, it was a typical foul weather, mid-January Cologne afternoon. We had come in by train from Berlin, and the three of us had used the four hours ride to discuss how we wanted the upcoming meeting to work out. My colleague Marco was all business about it, while Anne suggested listening to our guts.

Right she was. When we finally met one of the most hyped, top 10 YouTubers in Germany, we instantly fell in love. On a professional level, of course, but Simon Unge aka ungespielt (@unge on Twitter and Instagram) simply swept us of our feet. Being a smart, funny, warm hearted yet slightly shy guy who adored WWF’s work, he directly leaped into our hearts. We parted after several hours seeing the darkening grey Cologne sky through rose-coloured glasses.

From that point on, we did typical love-bird stuff. Simon and WWF embarked on an adventurous journey, first just a fab night when he supported our global event Earth Hour in March 2015, later for a full-blown trip to the Brazilian Amazon.

Simon’s daily vlogs, tweets, and Instagram-posts during those two summer weeks helped stopping the Brazilian government from issuing a new law that would have destroyed one of the world’s most crucial protected areas. When he asked his subscribers to sign a WWF-petition to protect the Amazon, our petition tool cracked. Too many people wanted to sign within minutes. At the end, 50,000 mostly young Germans had added their voices to a global WWF campaign to protect protected areas. #VivaAmazonia!

Looking back, a lot of our early work with a popular influencer could have gone wrong. We didn’t have a contract; we had no say whatsoever in what he as a creator uploaded onto his channels; Simon did not receive any money from working with us and could have pulled out at the last minute.

Then, of course, there were the critics, and there was hate speech. After a firestorm in 2011 caused by outrageous false allegations by a freelance journalist, WWF Germany’s reputation online had suffered. Although a court decision had made it absolutely clear that there was nothing to that sloppy piece on television (that later was “enriched” by a sloppy book), rumours lingered.

When some of Simon’s subscribers started to bash WWF, he answered with a 15-minute “Real Talk” typical for YouTube, setting things straight. Without involving us in any kind, he rose to our defence like an angry tiger.

Why did our team-up with Simon Unge turn out to be such a huge success? I believe it was an all- time favourite of mankind: trust. We trusted each other completely.

This rare instant trust derived from a perfect fit. To quote from the best movie about love ever: “I knew. I knew the way you know about a good melon.” Simon Unge was the natural born brand advocate for us. We shared the same values and we shared the same vision. We respected each other’s work, each other’s brands, and we adored each other on a personal level. Although initially brought together by a network, Divimove, we established personal bonds.

Talking with Simon did not mean talking with his management. On the other hand, we liked each other’s friends (something that, if it doesn’t work out, can kill off relationships – you knew that one already). For instance, Simon’s friend Joseph Bolz aka DeChangeman accompanied us on our trip to the Amazon. Today, this great guy is the brain behind a lot of what’s going on at WWF Germany’s YouTube channel.

The thing is: true love is hard to find. I dare say that you remember very vividly how many people you dated until you found someone you had more than just fun with. If scrutiny was demanded, I don’t believe that a lot of today’s brand-influencer relationships would stand up to it.

In April 2016, John Hall wrote The Influencer Marketing Gold Rush is Coming for Forbes, observing that in times of ad block and ad fraud, influencer marketing seems to be the perfect answer. At least as perfect as social marketing and content marketing, which solved all of our problems, too, right? Working with influencers is just one more tool in the public relations and marketing toolkit. It can be an enormously powerful and beneficial one for both sides. But we are about to break it. In a moment I’ll tell you why.

But first let’s go back to John Hall and his article in Forbes. He made a very important distinction between earned and paid influencer marketing companies: “Earned marketing stems from unpaid or preexisting relationships with influencers (…).

For example, Patrón has a ton of influencer advocates for its tequila; these people drink the liquor regularly and endorse the product because they enjoy it. On the other hand, you have the paid arm of influencer marketing, in which brands employ the Kardashians to tweet about their products or services.”

To put it bluntly: with the first you build reputation, the second gives you reach (before it gives the reach to 23 other products over the next couple of weeks). Don’t get me wrong, I like reach. I know it’s important, and what it can do for a brand is common textbook knowledge. The thing is, though, why should I settle for reach if I could have interactions, real engagement, reputational gain plus precious conversions?

Please embrace my following plea wholeheartedly: do not smash the potential of influencer relations by settling for reach. Do not break this promising tool. Buying a testimonial to promote a product is neither new nor particularly demanding, budget restrictions left aside.

"Do not smash the potential of influencer relations by settling for reach."

But in the long run it poses a set of difficulties. It may ruin the good idea of perfectly matched brands and influencers forever Users are smart. They don’t like fraud, and I’ve heard it through the grape vine that recently they are not that fond of online advertisement, either. So please, please, PLEASE give them true stories and don’t replace online banners with influencers sporting your product without having anything to say about it.

Right now, we are confronted with an overheated market. We are in the middle of the gold rush that John Hall described a year ago. More often than not, influencers and brands talk first about numbers before they talk about stories.

Of course they’ll add a splash of authenticity chit-chat to their conversation, something like “You are so amazing, we’ve been following your blog since forever”, replied by “I only work for products I truly like, everything else would not be credible at all.” But, believe you me, it is not uncommon for a brand to receive emails out of the blue, like “Hi, my name is XYZ, I have 40k followers on Instagram, please send me your newest mobile phone.” Or a blender. Or just take me with you to the polar bears, because they are so cute and I will do four Instagram posts if you cover all costs and pay 25k, 50 percent in advance. Hello?

When it comes to brands and influencers, we’ve hit puberty. There are brands which do little (or no) research and randomly ask influencers to promote their products, sending them wordings and scripts or invitations to events that they may attend given they promote them on their platforms. Ouch. Just a thought: Why on earth should we treat influencers differently from other opinion leaders, let’s say, journalists?

What we need are more influencer relations and less on-and-off influencer dates. That goes for both sides. I encourage us as brand representatives to establish some ground rules.

"What we need are more influencer relations and less on-and-off influencer dates."

We should all solemnly swear that we will accept the fact that a good, credible, grownup influencer is a creator. Not a channel for us to buy. Influencers know best what their followers like. They should be listened to and given the space to create as they see fit.

In a non-charity environment, influencers should be reasonably paid for good influential content that drives brand engagement and conversions. Did you hear me? Reasonably and conversions are the keywords in that sentence. Tit for tat.

As a prerequisite, influencers should honestly be drawn to the brand; both brand and product should come naturally to them. There should be a spark. No spark, no real value on either side.

Investing in a good relationship has always proven to be work. A relationship has its ups and downs. You can get bored or overexcited, and at times you may find yourself thinking that maybe you should start seeing other people. That’s fine. We at WWF Germany did so, too, and have been working with a selected few over the past year. But no matter what, true love stays with you forever.

This article is reprinted from the Berlin Marketing Journal, published by Quadriga Media Berlin. Image: Thinkstock.com

Dr Astrid Deilmann has been director of digital communication at WWF Germany since 2012. Previously, she worked for several years as a spokeswoman for WWF. In 2015, she and her team were awarded the German Content Marketing Prize for digital storytelling. Since 2016, Astrid has been a member of the jury of the German Content Marketing Prize and of the Digital Communication Awards. She is part of the Digital Media Women #DMW network and speaks and publishes on digital topics focusing on influencer relations and YouTube.