Seven steps to deploying, tracking and reporting on your press relations activity 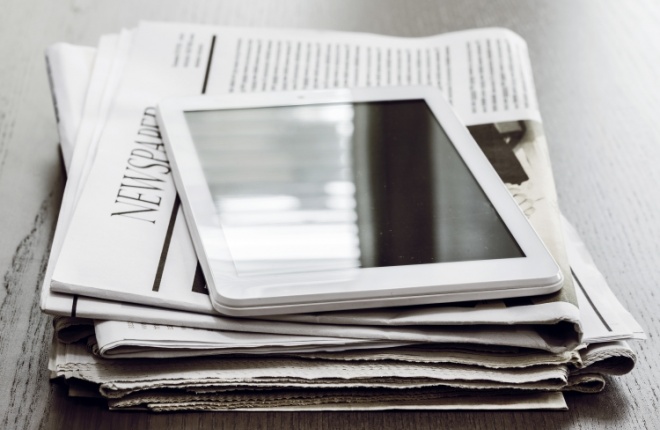 But neither of these goals can be achieved without a well-planned approach to measurement before, during and after a press relations campaign. In my experience, the following seven-step approach has provided a clear and thorough framework.

Based on your desired level of activity; define what your press relations agencies retainer fees and mechanicals will be. Don’t forget to add any activity which would bear an ad-hoc element such as special projects like surveys, press conferences, trade show support and so on, which typically aren’t constant but opportunistic.

2. Define your battlefield by tiering your media landscape.

However, it needs to be a collaborative approach: if you use an agency, then start with them. Have your agency give you a recommendation on which publications or blogs you should go after and have them tiered in three tiers as described above. Then ask your sales teams to tell you which publications or media outlets they follow and read on a regular basis to keep themselves up to date with where the industry is going. Ask them to add to that also the publications that their customers read. They should simply ask them which these are, and report back to you. Same here: ask them to separate them into three tiers.

Consolidate both lists and then submit it to your country general manager for review. This is the best time to validate, remove any, or even add those publications which the general manager would want to target and which would have been on nobody else’s radar screen.

These are simple tasks, but they will allow you to set expectations with consensus.

Although you are the press relations professional within your organisation, most of the time you might not be the one whom the journalist will want to interview. Your general managers, your business vice presidents, your channel vice presidents and so on are most likely to be the ones whom a journalist will be happy to talk to. And although this is not really their specialty to speak to editors, it is important that they provide you with all the support they can. For that you need their buy-in.

"Most of the time you might not be the one whom the journalist will want to interview."

Based on your specific business units, key market segments or specialised topics (IOT for instance), identify whom in your organisation will be the go-to person and whose role will be to support you and be the face of the company with the media.

You’ll notice that for many topics, your company’s general manager will not be the right spokesperson. So it’s ok to have a technician, a sales representative or a customer care person to be your designated spokesperson.

Once identified, get that list of key speakers validated by your management and make sure that their contribution to supporting press relations is valued in their annual bonus plans. As we are talking about bonus plans, it’s also a good idea to negotiate for some bonus schemes to be built for the sales representatives for each happy-customer testimonials they would bring to you. Customer testimonials are great content for the media. It gives them easy access to users who will talk about their experience with your organisation and your solutions in an unbiased way. It’s pure gold.

This is the “What We Do” piece of the measurement process. It’s important at all times to track which press releases went out and when, which of them are still in validation mode, which spokespeople are available and have been media trained, which interviews took place, with which speakers and with which publication. It should also bear sections on which trade shows have been supported with press relations activities, which product tests have been followed-up on, which contributing articles and customer testimonials have been worked on and if they have been placed in the media yet.

Finally this report should bear a whole section on budget tracking where should be logged agency retainer fees, mechanicals, out of pocket expenses, special expenses (photo shoots, translations, studies, surveys etc.) and the cost of producing the clipping booklets.

After the “What We Do” report above, this is the “What We Get” report, tracking and measuring the outcome. Again and as previously stated, it is of paramount importance to produce reports on your performance within your competitive landscape.

Tracking only your own press cuttings is like an athlete who would be going to the gym to exercise but would never take part in any competition to evaluate his performance: irrelevant.

In the same way, it would be totally unprofessional to be satisfied with a 10x year on year increase in your number of featured articles, for example let’s say from 20 to 200: if your biggest competitor achieved to be featured in 2000 articles, you’re still invisible.

"Tracking only your own press cuttings is like an athlete who would be going to the gym to exercise but would never take part in any competition to evaluate his performance: irrelevant."

Over the years and in all organisations I’ve worked in, the four following metrics are those which I was looking at in each KPI reports:

- Number of articles: this is pretty straightforward; it really is the number of times you were featured by being in an article. Important to note however that you can be featured in a multi-brand article. In that case each cited brand gets one article.

- Number of pages: here we are looking at how much ink you achieve to get in each article. So if an article is just about your own brand and is three pages long, then you get three pages of ink. However if the article is about you but also covers in the same way another brand in an equally long second section of the article, then although each brand gets an article (as explained above), each brand only gets 1.5 pages of the three pages total. And only one page each if there were three brands equally covered etc.

- Exposure or prominence: This one is a bit trickier. This metric has been created to allow evaluating the space devoted to each brand in an article, the brands’ visuals, the visibility of each quoted brand, where the article is featured in the publication (front page, table of contents, etc.), the impressions, and finally the position of the article on the page. This exposure KPI is an index which describes the audience weighted by impact factors. This last KPI is really powerful but requires a lot of manual and human intervention. When setting-up your press relations measurement process, you can start without this fourth KPI which you can decide to build in at a later stage or not at all…

7. Sharing and communicating on your results.

It is definitely a good idea to share your press relations results with your internal stakeholders. It will help you demonstrate your impact and value in the race for brand awareness and preference.

"Allowing your sales team to have access to your clipping booklets will help them in their sales calls."

When you are featured positively in a publication, your sales representatives can also use this article and share it with their customers to show third party endorsement to their own claims.

Also and almost more importantly, you will want to share your competitors’ good reviews as well as your own bad or poor reviews (if any). A sales representative can then be prepared to face, and respond to, customers who would reference these articles, without him being cornered or blindsided. Think about it, it makes total sense. Not to mention that nobody ever won any professional respect from not describing the full picture.

By following these seven steps, your press relations work can be quantified, and its contribution to the organisation’s market positon and strategic success proven to the most skeptical executive.

With 20 years of public relations experience, Thierry Nicolet has lead press relations activities in over 45 countries by setting up and analysing key performance indicators, engineering global robust processes and by providing guidelines, assistance and needed coaching. Thierry joined American Power Conversion upon graduating, taking on a variety of sales, marketing and media roles before the company was absorbed by Schneider Electric, where he took on previous role as senior vice president of press relations in 2008.