To succeed in a world where organisations and management are under increasing scrutiny, understanding expectations is fundamental 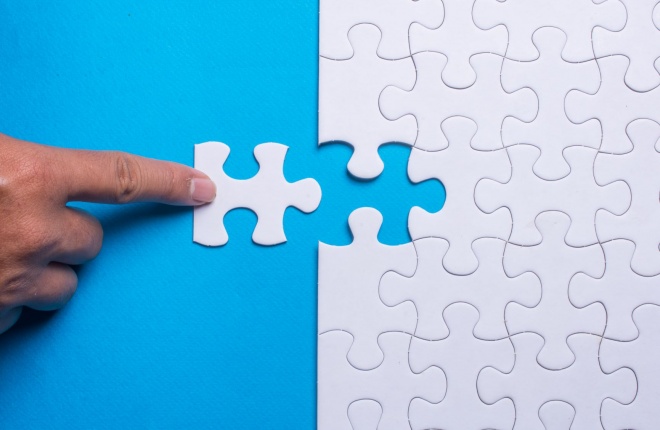 Companies must align what they say and how they behave with the shared perceptions of others. The pressure to bring brand and reputation together is driving the evolution of a new model, where the intersection of brand and reputation offers executives a new, single view of their organisation.

When was the last time you felt that a marketing message was authentic? Did you feel like you were getting the plain truth about what what’s on offer, and why it might be a good option? In a world of digital meerkats and overly enthusiastic dance numbers about mundane services, a lot of brand communications seem somewhat confused. If you’re feeling a little lost in the sea of marketing messages, perhaps it’s because your instincts are telling you that something seems off.

Authenticity is a big deal. All companies want to be authentic, innovative and ethical because they feel this is the best way to reach their target audiences – and they’re right. Earning trust doesn’t come easily, and this is why it takes a little more than spectacle and talking animals to gain some real credibility. But how?

While it is difficult to define authenticity in the communications space, there’s no doubt that those who are seen to have it do better – especially in an age where corporate and marketing messages surround us at nearly every moment of the day. Understanding what authenticity is, and what drives it, lets a company focus on what matters most to their audiences.

"Understanding what authenticity is, and what drives it, lets a company focus on what matters most to their audiences."

To further explore this, FleishmanHillard (FH) has been conducting research on authenticity since 2013 and found that businesses can have an ‘Authenticity Gap’. Spanning across five countries and thousands of companies, the latest report was published earlier this year with some important learnings for corporate communicators looking to break through the noise.

One of the main principles in the study shows that authenticity requires the synchronisation of brand and reputation – what you say about yourself, and what others say about you. To put it more simplistically, if you say your customer service is top of class but every customer complains of how they have been treated, we call that an Authenticity Gap.

This gap can either be positive, where companies exceed expectations and surprise the stakeholder, or negative, where they fail to deliver on what is promised (or perceived to be a promise). As the negative gap increases, authenticity goes down.

•Taking better care of the environment

• Having more consistent and stable financial and operational performance

• Offering products and services that are better value

Before embarking on authenticity research, we looked at how companies are judged and what drives their reputation.  This research told us there are nine drivers of reputation. Splitting these into three interconnected groups with three drivers each, they consist of management behaviours, customer benefits and society outcomes. However, it’s important to note that these drivers are not all weighted the same. The ones which relate to customer benefits are among the most valuable, addressing areas of customer service, better value and innovation.

Across every market and sector included in the study, these customer-centric drivers account for (on average) 51 per cent of the impact on reputation, with the remaining number split by the other six. With so much budget usually devoted to purely customer benefits, companies can often run the risk of neglecting six other drivers and leaving their reputation in these areas in the hands of outside parties.

The 2017 Authenticity Gap report shone light on new data and put forward new ideas for those who are responsible for creating and maintaining their company’s authenticity. It shows, for example, that better value is both the greatest expectation and the source of most disappointment in almost every country that were studied. It ranks in the top three drivers in 86 per cent or more of sectors in every country except Germany, where companies appear to be better at meeting customer expectations on value. In four of the five countries, 70 per cent or more of these companies show gaps.

This is compounded by an increased definition of value, pushing way beyond just price. Product characteristics, innovative features and social cachet plat their part, but equally significant is both customer care and, increasingly, transparency on how products are made. For example, across the five countries studied, 81.6 per cent of consumers, agreed with the statement that “I expect companies to be more transparent about the source of materials and manufacturing of their products.”.The question, therefore, of how much a company can and should reveal of the inner workings of its organisation and activities continues to grow in importance. Working out loud, if you like, will almost certainly have to become the new normal.

"Working out loud, if you like, will almost certainly have to become the new normal."

Global companies are also expected to take a lead when it comes to larger-scale social movements. Just under 74 per cent of those questioned expected major companies to go beyond their mandatory regulations and be drivers for improving social issues. However, it seems they need to work more on their environmental credentials, with 61 per cent of people experiencing a significant authenticity gap when it came to green matters.

One of the most prolific new phrases of 2017, ‘fake news’ may be used in a humorous context by most people, but it does show just how little people have grown to trust what they hear or see. When consumers were asked by FH, only 11 per cent of consumers thought that company leaders could be considered as credible sources. Politicians fared much more poorly at a lowly four per cent. However, respondents were three times more likely to trust the actual employees of a company, who alongside friends and family were most likely giving more anecdotal information, which naturally has more credibility than a company line.

When comparing the trust levels between corporate messaging and information shared by other stakeholders, it’s clear to see which one feels more authentic. Humans have been telling stories for thousands of years as a primary way of passing knowledge, but in the modern age, a corporate overtone has muddled the way we communicate and created a tangible disconnect.

This is not particularly surprising when you think about just how many people are online, and how many of them are pushing their own worldviews and opinions through their channels. Despite having unprecedented levels of information available at any time, it’s easy to for world views to become more restricted because of regular surfing habits. For instance, someone with a particular political leaning is likely to only read materials based on that party, and partake in online discussions favourable to their particular line of thinking. This creates a digital echo chamber, where the same opinions are bounced back and forth, whether or not they are actually accurate and factual.

Everyone has a voice

The digital age has given everyone a platform – you could be a rural farmer uploading sowing tips, a high-school game reviewer or a mother sharing recipes. It’s a wonderful development, but also means that the authenticity gap is in constant flux. If everyone is able to broadcast and report, does that make them a journalist? Why are they qualified?

As such, brands and businesses have to be more careful than ever to ensure that what they promise is what customers get. All it takes is for one incident to do massive damage to a reputation. Think about United Airlines and their problems earlier on in the year when a 70-year old doctor was dragged off a plane, with every cry broadcast to the internet. Not only did it shock the world, but the clip was seen and shared millions of times severely damaging public perception.

As a result of digital platforms and amateur content creation, newspapers are seeing something of a resurgence. In comparison, they are considered more authentic and trustworthy, since they can’t be edited or deleted. Also, there’s the fact that proven journalists have a little more accountability and credibility than someone with a YouTube channel.

Question: “Now thinking more generally, in a time when more and more fake news is circulating about companies, what sources of information do you find most credible when sorting facts from fiction about a company?”

The gloves are off

With so many platforms, voices and ways for information to be shared, communications between brands and audiences have never been more candid. They are also getting more aggressive (as demonstrated by a certain US president) and can have more visceral and combative overtones. It’s not like the old days where if you had a complaint, you would send a letter or make a phone call. In the digital age, your complaints and comments are right out there in the public, and if your laundry is dirty, everyone’s going to see it.

Authenticity may seem simple on the surface, but closing the gap and gaining the trust of target audiences isn’t as easy as you think. The digital landscape has closed the distance between touchpoints and has increased the transparency of businesses, and whether they like it or not, they need to make sure they aren’t pulling the wool over anyone’s eyes.

"Authenticity may seem simple on the surface, but closing the gap and gaining the trust of target audiences isn’t as easy as you think."

The answer is simple – instead of trying to act more authentic, be more authentic. Attract and retain the talent to engage customers on a more human level and win new hearts and minds.

Nick Andrews is senior partner and head of reputation management, EMEA, for FleishmanHillard. He has been a communications consultant for over 25 years. He has worked for FleishmanHillard for the last 10 years, recently moving back to FH’s London office after 20 years in Brussels. Nick is a corporate communicator, specialising in messaging, positioning, thought leadership, issues campaigns and crisis management. He is the EMEA reputation management lead and, in this capacity, manages pan-European and global accounts, mobilising the FH network to serve client needs. He is a generalist and has worked with clients from, inter alia, airlines, chemicals, financial services, food and beverage, healthcare, insurance, oil and gas, pharmaceutical, and transport.