How to drive employee engagement through online employee news 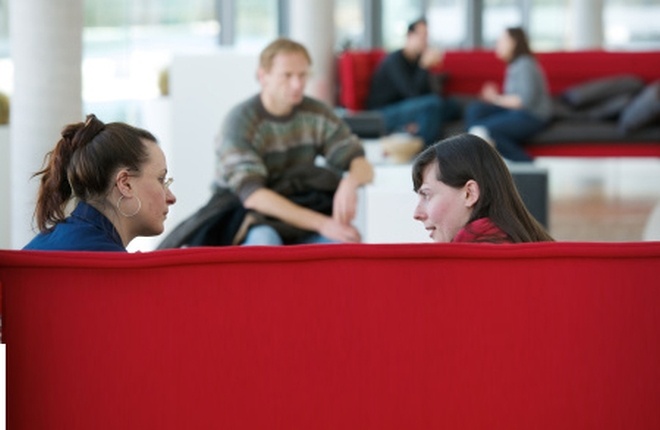 Employee communications departments are often given a bad rap. A cost center for some, a necessary evil for others, few realise the strategic potential this oftenunappreciated profession offers. What if you could empirically illustrate how your many hours surrounded by towers of empty pizza boxes, tirelessly slaving away over a hot keyboard, may actually be measurably increasing employee’s engagement and belief in your company’s objectives and strategies?

The following article describes our own study at the European software company SAP, and offers some concrete advice on how to move from being perceived as a cost center to a powerful and vital strategic enabler.

What is employee engagement?

With over 87,000 employees supporting 365,000 customers in 180 countries, SAP is Europe’s largest software company. However, continuing to thrive in a fiercely competitive international environment is only possible if the company can attract and retain the best
and most talented people, and inspire them to do their best. In other words, with the support of a highly-engaged workforce.

Employee engagement can be defined as the level of effort an employee is willing to expend on behalf of their employer. It is the extent to which they may promote the company (e.g. employer branding), their commitment to the goals and objectives of the company and belief in the company’s strategy. It has also been linked to individual levels of vigour and health.

Many studies have shown connections between engagement levels and corporate performance. Perhaps most famously, the Gallup State of the Global Workplace survey claims that businesses in the top quartile outperform those in the lowest by 10% in customer loyalty, 21% in profitability and 20% in productivity.

"Businesses in the top quartile outperform those in the lowest by 10% in customer loyalty, 21% in profitability and 20% in productivity.”

Other studies have found similar effects. While the link between employee communications and employee engagement seems increasingly obvious, the ability to generalise research to individual companies is exceedingly difficult, especially in consideration of the highly specific nature of employee engagement and how it is measured within different enterprises. To address these limitations we decided to run a study specific to both SAP and to readers of the official employee newsroom, SAP News.

The SAP study showed several communications items were significantly correlated to employee engagement, including news that helps users understand the company strategy and which provides immediately useful and work-relevant information. News that was deemed easy to understand and comprehensible, as well as conversational and comprehensive, were all positively correlated to engagement. Of all the variables however, a few stood out from the rest, and are now being considered for use as an official communications index for online news.

"News that was deemed easy to understand and comprehensible, as well as conversational and comprehensive, were all positively correlated to engagement."

1 Cue for quality. The perceived quality of the news played an important role in reader’s perceptions of both the news and the company itself. This is not surprising, as quality suggests a high level of attention to detail, the importance of the subject discussed and the overall professionalism of the author. In fact, studies into the perception of web sites have found that both site and content design plays a major role in the perceived value and surface credibility of the website. Which leads us to the second driver of organisational buy-in:

2 Credibility counts. While quality alone may tip the scales in terms of an initial evaluation of the site’s credibility, the actual credibility of the content needs to sustain that belief in the long term. Content that is deemed credible and believable, and which offers the reader a balanced view of the facts, leads to higher reader frequency and greater belief in the company’s objectives and strategy. This supports numerous prior studies around perceived objectivity as a foundation for both credibility, and perhaps more importantly, changing pre-existing mindsets.

3 Corporate culture. A much-quoted organisational adage by management guru Peter Drucker, “culture eats strategy for breakfast”, could not be truer when considering what employees expect from a corporate blog or employee newsroom. Cultural value, or more specifically, the sense that the news reflects the company’s living culture, was a significant predictor for both belief in the company’s goals and objectives, and enthusiasm for the company’s future. Interestingly it was the strongest stronger predictor of reader frequency, which is arguably the single most tangible and comprehensible metric for any employee newsroom.

4 Well informed. The sense of being generally well informed was a slightly stronger driver of the key engagement questions than culture, even though it was not a significant predictor of reader frequency. That said, as a high-level goal for any employee communications department, culturing an informed reader base is likely to be among the top priorities, and our study placed it as the second strongest predictor of engagement.

5 Tell your grandmother. Perhaps the  one statement to rule them all however was that “through the news that I receive, I feel confident talking to others about my company in a competent way”. This item was the strongest predictor for both belief in the goals and objectives of the company and enthusiasm towards its future, and was a close second to culture in predicting reader frequency.

Show me the money

In 2014 SAP began to quantify the traditionally less tangible aspects of its business operations such as organisational health (a major component of which is employee engagement). From the company’s 2014 integrated report, it was estimated that each percentage point increase in the business health culture index leads to gross increases in SAP’s operating profit from €65 to €75 million a year. In addition to the overall health of the business, good employee communications may also lead to a host of other potential benefits such as more credible employer branding, reduced employee turnover, the serendipitous discovery of new information and people, and the directed evolution of corporate culture.

Employee engagement is complex, and needless to say the best communications in the world will have a tough time spinning a significant pay-cut, or workforce reduction as a force for positive engagement. That said, knowing that it does indeed significantly contribute to one of the business world’s most coveted objectives, it should offer a solid basis for arguing for that long needed team offsite, extra editor – or at the very least, a new fridge.

The SAP employee engagement index has evolved over a number of years to include cognitive and affective aspects of engagement and organisational commitment. To address these aspects, a study was designed that would both add to the academic literature and lead to immediate insights that could be applied within the individual context of the enterprise studied. Drawing upon prior and ongoing research, questions from SAP’s employee engagement index were chosen as impact variables, in addition to items around reading frequency, strategic buy-in and participation via sharing, commenting and rating. Further questions then focused on the perceived value of the news, questions around quality, credibility and comprehensiveness.

A survey was developed and sent to a random sample of employees, resulting in 1890 completed surveys (a response rate of 10%). Survey demographics were tested against the actual distribution of employees by geography, business unit, tenure and job-level, and found to be sufficiently representative. Furthermore the data set was split into training and test data (a 75:25 split). The training data was used to generate the model, while the test data was used to validate the ability of the model to predict responses by applying it to new data.

Following several statistical tests the strongest predictors were extracted as drivers and regressed against each of the impact variables.

Dr Julie Thomson is a lecturer in innovation, entrepreneurship and operations management at Glasgow Caledonian University, Scotland. Her research areas are diverse but she has a keen interest in the management of innovation and creativity, with her doctoral thesis focusing on open innovation. She has also worked extensively within the industry which enables her to interface effectively between academia and practice.