Why communications professional looking for an international opportunity, particularly in corporate affairs or investor relations, should look to Mongolia. 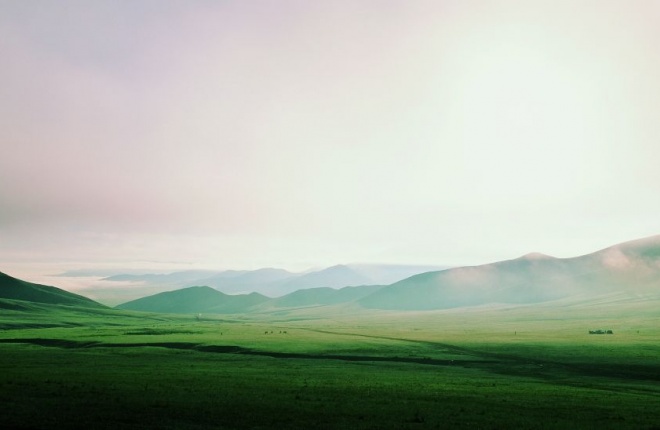 Mongolia, a landlocked country sandwiched between Russia and China in central Asia, is transforming from an economy dependent on agriculture and natural resources to one that is rapidly diversifying, attracting overseas investors and businesses as diverse as German car company Porsche, fashion designers Louis Vuitton and Emporio Armani and the Shangri La hotel chain.

I experienced this all first-hand recently when I was invited by a business school in Mongolia to talk to around 400 students about building an international career. I was also invited to meet with government leaders, where I explained the value of corporate affairs and investor relations and how these key skills could benefit their industries and national economy as they grow in size and maturity.

To some, Mongolia represents the next frontier in Asia. Renaissance Capital, for example, believes Mongolia is set to become the new Asian tiger, or, as the financial experts have dubbed it, a ‘wolf economy’, with untapped precious metals and minerals in excess of $1 trillion and a rapidly developing capital markets sector.

For a communications professional seeking a short-term challenge, particularly in corporate affairs or investor relations, Mongolia could offer some phenomenal opportunities.

Here are the facts. China is Mongolia’s closest trading partner, absorbing 85 per cent of its exports. But such a strong dependency brings its own challenges, and the Mongolian economy suffered in recent years as China experienced a dramatic slowdown, making it imperative that the country weans itself off this link and seeks other overseas markets.

Roughly one third of Mongolia’s three million population live in gers (conical felt tents), but 1.3 million live in Ulaanbaatar, its capital city, with the rest in other cities. And far from nomadic, and by implication illiterate, Mongolians are well-educated: 98 per cent of adults can read and write.

In 2011, the Mongolian economy grew by 17.5 per cent and the International Monetary Fund projected it would continue to roar through the next decade. But China’s teetering economy, which knocked commodity prices, combined with increasingly nationalistic domestic policies threw a spanner in the works. The country became mired in depression.

In May last year, the IMF bailed out the economy with a $5.5 billion loan, which is dependent on the newly elected government embarking on an economic recovery plan. Progress has been swift: the IMF expects the economy to grow by five per cent this year and 6.3 per cent next.

The country is poised to regain its wolf economy moniker, which offers myriad opportunities for ambitious communicators keen to seek a challenge. Much of Mongolia’s inherent wealth is tied up in its natural resources – it has also been dubbed the Saudi Arabia of Asia – but it has not the local skills to exploit these.

"The country is poised to regain its wolf economy moniker, which offers myriad opportunities for ambitious communicators keen to seek a challenge."

The country needs foreign assistance – Rio Tinto already has a presence – but it is also aware that too many countries in the past have squandered their resources, allowing overseas partners to exploit riches. Mongolia wants to develop partnerships, and to create a sustainable economy, avoiding boom and bust cycles, and ensuring that its local population benefits and learns new skills that equip them for the future.

It has little experience of employee engagement, as we would understand it. Nor has much of the population experience of working in major organisations. For communicators interested in developing structures that establish both a workplace culture, that educate employees on the norms of office life but are also appreciative of the local practices and nuances, there is a huge opportunity.

How do you communicate with employees who have never been communicated with before? It is a blank canvas.

"How do you communicate with employees who have never been communicated with before?"

Admittedly, there are some of the language barriers associated with working in other Asian countries. English is the primary foreign language taught in schools, the country’s websites are bilingual, and the television channels broadcast English language news programmes. This mean that young people entering the workplace today – the Generation Z – should be relatively fluent in English, but older generations – and even the millennials – are less able.

As major mining companies arrive to develop operations, they will need assistance with community engagement. From past experience, miners know that if they do not get the locals on side quickly by demonstrating the benefits to their community, such as new infrastructure and skills, they will not gain their licence to operate.

They need skilled communicators who can articulate strategies while immersing themselves in the local culture, language and etiquettes. They need to be likeable, able to tell good stories and to build rapport quickly. But they will also need the expertise of corporate affairs and investor relations professionals to interface between investors, who are often based overseas, governments and their businesses.

An experienced corporate affairs professional should be able to liaise with necessary officials and to understand the nuances of how the local market works.

The country’s financial sector is also being overhauled. There is a nascent capital markets sector, which the Mongolian government is keen to develop. Some foreign banks, such as Dutch owned ING Group, which has opened a wholesale banking service in the capital, are already there, but it is likely others will follow as the government reduces restrictions.

The City of Ulaanbaatar has already issued bonds on the international markets, while the government borrowed $800 million last year in a move that will boost the national currency, the Mongolian togrog, against the US dollar. Its stock market, once the world’s smallest by market capitalisation, is rising in value, but it is thinly traded and foreign interest is minimal.

However, as the economy develops, companies will increasingly seek to raise money on the exchange.

They will need the requisite skills to communicate with investors, as will other companies looking to raise funds on the international bond markets. They will need communicators who understand the language of business, and who can sell the story of a country and company that may be impacted by negative misconceptions.

It is a chance for communicators with investor relations expertise to hone their skills: selling a well-established brand to investors is one thing, selling one they have never heard of is another.

Mongolia is a land of opportunities for an ambitious communications professional, keen to expand the breadth and depth of their experience. It will not be for everyone – beyond the cities, poverty is widespread and the local cuisine leaves much to be desired – but for those disappointed at missing the ‘gold rush’ of the tiger economies, this is a new and pioneering frontier.

"For those disappointed at missing the ‘gold rush’ of the tiger economies, this is a new and pioneering frontier."

You will be helping to establish a communications industry that will shape the future of the dynamic Mongolian economy. In an increasingly competitive world, it is unique experiences like this that will give you the edge over others when you seek future roles.