The devil in the details 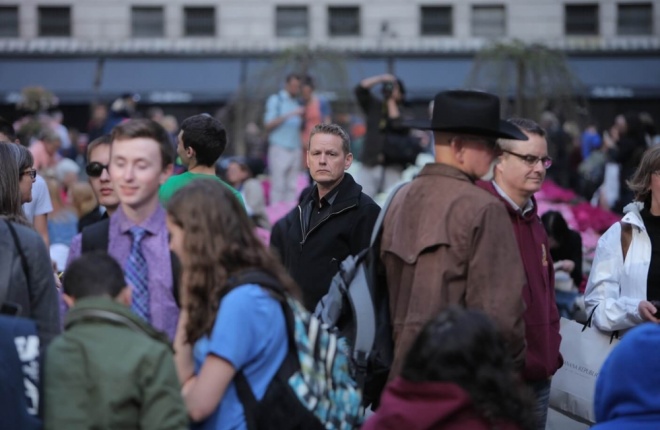 Over the past decade Martin Lindstrom has visited more than 2,200 homes in some 77 countries, on the hunt for small signs that show how we relate to brands and to each other.

In your book Small Data, you write that “Every culture in the world is out of balance or in some way exaggerated,  and in that exaggeration lies desire.” What do you mean by this?

On an individual basis, we are all out of balance. You are out of balance, I am out of balance. Maybe we feel too overweight, maybe we feel we have hit our midlife crisis and haven’t achieved enough in our lives or we feel alone and need a partner. All those out-of-balances, and we have hundreds of them, represent a need or a desire for a brand or for some sort of fulfilment. And at a national level you see cultures being out of balance. If you take Syria and the refugee crisis, it’s an entire nation which is out of balance.

And can small data help restore this balance?

Small data is a counter balance to big data. Where big data is all about a lot of numbers and seeking a correlation between these numbers, small data is about finding the causation, the reason why. We all leave emotional DNA behind that reveals insights about our personalities and where we are out of balance. For example, most people with a Facebook page would admit that in fact it’s one big lie, its meant to reveal how you would like to be perceived by the world rather than who you really are. Just as you have a perception page online you also have a perception room in your house or apartment.

"Big data is all about seeking a correlation between all these numbers, small data is about finding the reason why."

When you find that perception room, which is the reflection of who you would like to be seen as by the world, then you can start looking at furniture and fittings. For example, if there is a huge, colourful painting you can be pretty sure that the person living there has fairly strong self-confidence. And if in the perception room you have a large bookshelf packed with books, quite often it indicates that the person didn’t have the most solid education as a child and is trying to compensate for it.

And what do you do with these observations?

Of course all these small data cannot be taken out of context or just seen as one piece of single standing data, they have to be combined. But as you create a patchwork of small data, you start to see how we as individuals are out of balance or in balance. And it’s easy to see because in many ways we are all putting our entire lives on display at home because we haven’t put up our defence mechanisms. When I look into a fridge and I notice that you have fruits and vegetables neatly placed on top but then I bend down and see, hidden below the carrots, you have a regular coke and some chocolate, it shows what we define as a conflicted mind. All these insights are difficult to see through big data, because big data is rarely communicating people’s emotional state of mind.

You write about subtle cultural differences, for example Russians’ “fresh smell” associations compared to, say, the French. Are there parallels to be drawn in communicating a brand in a new market?

Small data allows you to fine tune that instrument you have so that the tune you’re playing plugs into the deep set of cultures and desires. For example Danone and Evian some time ago were struggling to get into the Chinese market and so the team decided to understand the psychology of drinking water. What they realised was that in China most people who had been born and raised on farmland were drilling water out of the ground and the water would have this mouldy taste. And that mouldy taste was for some reason triggering those people drinking the water, which was very surprising for the Danone team.

Now let’s just pause here for a second. The reason why you and I love certain movies and play them again and again is because it’s reactivating that emotion we had the first time we watched it. It’s not because we’ve forgotten the script, it’s because that emotion is happening again and again. The same is the case with taste and smell. We don’t have a taste preference as such; it is the memory encoding that is linking the taste. When I drank coffee for the first time it’s not because I loved the taste of coffee, because I hated it the first time, but it’s because I felt adult. And the adult feeling is then embedded in my brain and as I repeat that again and again I start to like the taste.

That is exactly what happened with the water. People who were raised in the farmlands of China would link their rosy memories, as I call it, with that particular subtle, mouldy taste of water, and when the people were relocated into the city areas and drank this perfectly filtered Evian water, they did not have that subconscious feeling of cosiness and homeliness. When the team went back, using small data, they discovered that they had to re-filter that water to make sure that mouldy taste would still be present in the water and so would those childhood memories. That is an example of something big data would never be able to pick up

Are there other limitations to big data?

The quantitive differentiation on that white space of creativity is not present. There’s a reason why retail in general across the world is struggling so much because it’s become a complete marketing business with very little emotion involved. When you want to allow white-space thinking and creativity, you can’t do it with that type of numbers.

"The problem is that every big company has access to almost the same type of big numbers."

Is small data useful for adapting strategies in real time?

Small data can project behaviours in a new way. For example, today we know that if shoes are placed in a certain way, if the fridge magnets or toothbrush are placed in a certain way, the toilet paper is hanging in a certain way and all those different clues across the home all line up in a certain pattern, then we can tell you whether that person’s self-esteem level is low or high. We identify correlations by spending a tremendous amount of time in people’s homes and are looking at their lives from a human point of view rather than from a numbers point of view. Instead of asking “what’s your self confidence level?” you ask consumers “how many magnets do you have on your fridge?” and “how do you place your shoes?” These seemingly insignificant questions all add up to reveal a picture about the consumer. That’s my first answer.

The second answer is that if you ask your readers how many of them have spent time in a consumer’s home over the last year, I bet you that less than 0.1% has done so, even though these people should be the advocates of consumer thinking. In the future you will not employ a marketer based on the person’s abilities to analyse numbers. The key aspect seperating a good marketer from an average one is the person’s ability to use his or her instincts. An instinct is defined as the accumulation of experiences over time. It is the ability to behave like you are the consumer and therefore put yourself into the mind-set of a consumer. And marketers have to be to be more connected with the consumer than they are today, to get away from their office, away from that screen which is so addictive, and into the homes so they know what the heartbeat is, to get a feeling for what the trends are because they live that mind-set.

How can internal communities benefit from small data?

In many ways internal communication has become a very big and very corporate monster which does not necessarily always add the value it was originally meant to do. It becomes more of a tick box exercise than something adding substantial benefit to the organisation. And that’s where small data can come into play. The first thing I would do on a regular basis is to spend time in the various divisions within the  company and start to live their daily jobs, to understand what their point of view is and  what benefits them.

But the goal I would constantly have is to ask what common denominator I can find throughout the entire organisation that can make people work better together and that can break down silos. Because the biggest enemy in the corporate world today is silos, and I don’t need to say more than two letters, VW. These silos are killing brands because consumers now have such a strong voice online that they can create a very uncomfortable situation for a brand. I fundamentally believe the key role for internal communication is to find those common denominators and prove that, for example, you don’t have that many different audiences, in fact the audience you all have happens to be the same, you just look at the audience from different angles.

And if one person helps the audience in one way, this also helps the group in a different way. What the internal communication team needs to understand is the base drive of the consumer and then slice and dice that in different ways so the silos in the organisation step up and work with other departments. •

Martin Lindstrom is a consumer branding experts and a pioneer in the fields of consumer psychology, marketing and neuro-marketing research. Founder of the Lindstrom Company, Martin is also a featured columnist in publications including Fast Company and Forbes and author of books including BrandWashed, Buyology and Small Data: The Tiny Clues That Uncover Huge Trends (St. Martin’s Press 2016).