Gender and the bottom line

Companies that are recognised with ‘most admired’ reputation status by their industry peers have a higher proportion of female leaders. New research reveals how gender parity drives corporate reputation. 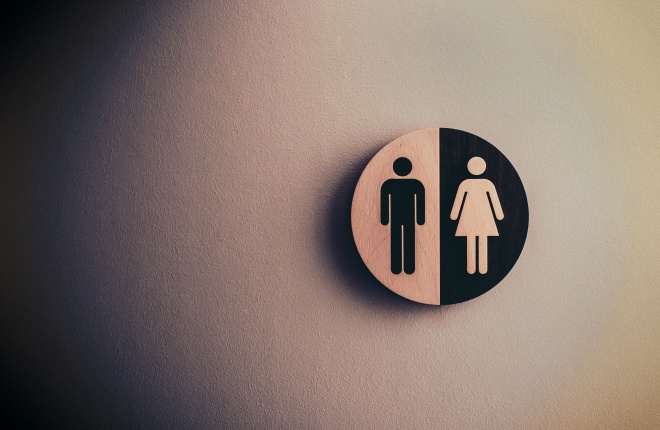 The case for improving women’s access to C-level positions has never been stronger.

Not only does research suggest that companies with more women in senior executive positions report stronger financial performance, but the reputational and brand advantages are also significant.

(Photo by Tim Mossholder on Unsplash)

However, despite decades of analysing the reasons behind the gender pay gap and of women demanding equal representation in business, it seems that there is still a long way to go for women in business when it comes to a seat at the management table.

Although seven out of 10 global executives of both genders believe it is important that the universe of female CEOs expand, the numbers remain low: just five per cent of the US Fortune 500 and four per cent of the FTSE companies are run by women. Globally, just nine per cent of chief executive officers and managing directors are women.

Evidence suggests that organisations that are diverse perform better, boast better reputations and achieve ‘most admired’ status. It increasingly appears that having more women in senior management leads to stronger financial performance, with role models becoming very important. Specifically, younger generations of women are more likely to aspire to forming part of the upper echelons of business if they have experienced working for a female chief executive officer.

The premium on having women in senior leadership is undeniable. Yet few companies around the world are led by women executives. Corporate commitment to achieving gender equality at the top remains scarce, despite the fact that senior executives optimistically (albeit not very realistically) expect gender equality to happen within the next generation. This made us at Weber Shandwick wonder how the world’s largest companies are performing when it comes to gender equality.

Together with KRC Research, we sponsored a survey of 327 senior executives across 55 countries in North America, EMEA, Asia Pacific and Latin America. Conducted by the Economist Intelligence Unit, the survey was titled Gender Equality in the Executive Ranks: A Paradox – The Journey to 2030. The purpose of the report is to offer top line findings and an understanding of what might constitute best practices for recruiting, training and promoting women for C-level positions.

According to the 2015 Index, only 12.5 per cent of senior leaders (C-suite, i.e. the most important and influential group of individuals at a company) in the world’s top 100 companies are women. In EMEA, the figure is even lower, at 9.9 per cent. These findings are a wakeup call. Senior executives around the world must make a positive commitment to redress the gender balance.

The research revealed a paradox: almost three quarters of global executives (73 per cent) believe that gender equality in the C-Suite will be achieved by 2030. This sounds great on paper; however, there is no clear road map for making this prediction become a reality. Most executives (56 per cent) report that their company does not have specific goals in place for achieving such an outcome, and only 39 per cent of C-level executives report gender diversity in senior management as a high business priority, ranking seventh in a list of 10 priorities.

Gender pipeline fatigue is the belief that parity will only come through compulsory measures such as boardroom quotas and governmental mandates on equal pay. However, things are beginning to look up. The research identifies several ‘push’ forces that will move gender-balanced leadership further up the corporate management agenda. These include:

• Increased media coverage of gender equality (globally, there has been more than a threefold increase in articles about female CEOs since 2010);
• The need for companies to attract and retain talented women;
• Growing acknowledgement that diverse gender perspectives lead to better financial performance.

More women are also aspiring to management positions, and for young people, gender equality in the C-Suite is a given. Three-quarters of millennials (76 per cent) say that it’s important to them, a marked increase over generation X (44 per cent) and baby boomers (48 per cent).

The research also looks at the roles of GFPs, who are ahead of the curve in making diversity in senior management a reality. GFPs are much more likely than non-GFPs to formalise clear goals for improving gender equality (58 per cent versus 37 per cent), and interestingly, 68 per cent publicly share information about their gender equality efforts because they believe it enhances their reputation  Some key findings that emerged from Weber Shandwick’s GFP Index include:
We have a long way to go. The GFP Index indicates that only 10.9 per cent of senior executives at the world’s 500 largest companies are women. The remaining 89.1 per cent are men. Not one company has a 50/50 balance. In fact, nearly four in 10 companies (37.6 per cent) have only men on their senior management teams.

By region, EMEA ranks second. North America has the highest proportion of women in senior management, with nearly two in 10 (19 per cent) of senior executives being female. In EMEA, 12 per cent of senior executives are women, slightly above the global average. Asia Pacific and Latin America have far fewer female senior leaders in senior management.

The top gender forward countries are European. Sweden is the individual market with the highest proportion of women in senior management, followed closely by Turkey (27 per cent and 26 per cent, respectively). Turkey has only one Global Fortune 500 company, but it has 26 per cent women in its upper ranks. In total, only 13 of the Global Fortune 500 companies have a female CEO.

Although no companies worldwide are at gender parity in their leadership ranks, some industries perform better than others, as do companies in particular markets.

The top industry for women in senior management is General Merchandisers, with an index of 33 per cent (versus the cross-industry average of 10.9 per cent).

Overall, our GFP Index indicates that women are not well represented at the highest ranks of companies around the world. Despite this poor showing, there is no doubt that gender equality is a hot topic that is increasingly earning media attention. Companies and their leaders would be wise to recognise the reputational return on investment and tangible benefits that come with gender equality at the top.

And ultimately, as competition for the best talent gets even fiercer over the next few years, girls continue to excel at school and university and companies increasingly compete on their good name, gender balance at the top will begin tilting in a more balanced direction.

All the signs point to the fact that gender inclusion drives company reputation. The Index shows a correlation between reputation and the proportion of women in senior leadership positions. We found that Fortune World’s Most Admired Companies have twice as many women in senior management as less regarded companies (17 per cent versus eight per cent respectively).

We predict that in due time, corporate reputation will be impacted by a company’s commitment to better gender balance. Of course, we have to ask ourselves whether the most reputable companies have twice as many women executives because they are more inclusive or whether women executives gravitate towards companies with good reputation.

Diverse, inclusive organisations perform better and companies with more women in senior executive positions have better reputations. Diverse, balanced leadership teams signals that an organisation is trustworthy and meritocratic. This is great news for companies and great news for women. But despite a strong business case for improving women’s access to C-level positions, our GFP Index highlights a harsh reality where few women are represented in the highest corporate ranks. Equality in management and at all levels of the company is a business issue and must be a priority. Similarly, reputation will demand organisations deliver on equality.

Companies need to recognise that intangible benefits as well as the tangible returns that more gender-balanced senior teams bring to the company, as well as the value of proactively encouraging female leaders to be seen and heard. Although progress still needs to be made, it does seem as if we are approaching a tipping point, with pressure building toward gender equality progress. While it is not suggested that that companies should appoint women simply because of their gender, wise corporate leaders should heed the signs: companies without women in senior positions could very well experience negative reputational consequences.

About the Weber Shandwick GFP Index
To determine how many senior executives are women in the Fortune Global 500, Weber Shandwick used two sources of information: 1) The company leadership page of the corporate website, and 2) senior executive management listed in the company’s latest annual report. If an executive was listed in one or both of these sources, they were included in the list. Weber Shandwick then identified the gender of the executive. To the best of our ability, we listed only current senior management. The research was conducted from November to December 2015.

Rose de la Pascua is responsible for the growth, management and strategic direction of Weber Shandwick’s Spanish operations. She represents the company through regional business partnerships, external relations and supports the management and growth of the central European business. This is her second tenure at Weber Shandwick: initially, she opened the first Weber Shandwick office in Madrid and, as managing director, headed up the operation, supervised client service quality and led new business efforts.