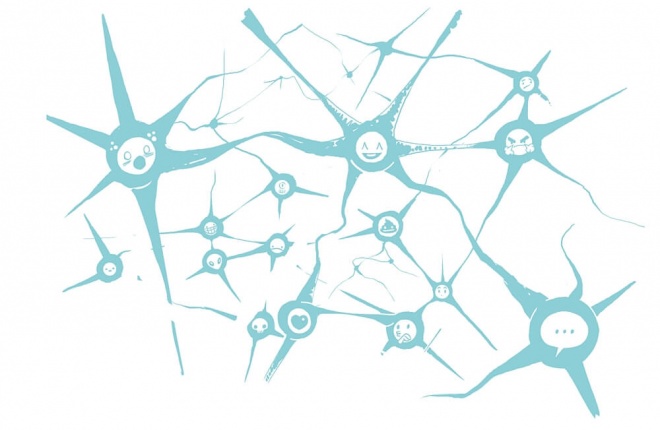 Connectivity underpins the attention economy: from toddlers with tablets and texting teens to smartphone addicts, we are increasingly able to be connected anytime, anywhere.

But this comes with a price of fragmented attention, blurred work/life boundaries, and even social isolation. The world’s first professor of connectivity explains the risks and rewards of a connected life.

There is definitely such a thing as too much and too little connectivity, as anyone who is swamped with email or who can’t find a cell signal will tell you. The thing we have discovered is that these states of connectivity are personally subjective – the right amount is in the eye of the beholder. And the right amount varies depending on the situation we’re in. Content may be king, but when it comes to understanding connectivity, context is queen. Many of us know our limits of connectivity and try our best to avoid being hyper-connected, but those boundaries depend on the individual. One hundred emails for one person may be too much, but for another it may be normal.

Yes, there is a digital divide between the haves and the have nots, which is, in part, based on wealth and infrastructure. But there are also cultural differences. Many countries in Asia, for example, are generally much more connected in terms of online behaviour than western countries and that has to do with cultural patterns as much as infrastructure and technology. Similarly, there are generational differences. However, it is important not to over-generalise the digital generation gap. The baby boomers, for example, are likely to lead the digital health revolution, not the millennials.

I was speaking with someone of ‘a certain age’ the other day who told me about his life growing up on a remote farm in the middle of nowhere – very little TV or radio, absolutely no computers and of course no social media. That way of life seems to belong to a whole other time in history. Do we as a society really understand how the scarcity of true isolation is having on and the young generation?

As someone who grew up in the ‘certain age’ myself, I can relate. I also grew up on a farm in the Allegheny Mountains (Appalachia), which were relatively culturally isolated as well. I cherish the way I grew up and would not trade it for the world. I also spent 10 years working as a mountain and river guide in the American west, from Big Bend, Texas to Alaska, but mostly in New Mexico and Colorado. We used to put our students on ‘solo,’ which meant up to three days in total isolation with no contact with other humans and only minimum shelter, food and water. That experience was often the most profound part of a 20 to 28-day expedition that included lots of dramatic scenery and physical adventures like rock climbing, rafting, and so on. So that says something about the power of solitude (as compared with ‘loneliness’ – there is a distinction). And, yes, I do worry about a generation who may never know what it’s like to be totally disconnected, on their own. There is an existential challenge there.

The internet of things promises unprecedented levels of connectivity. What are some of the negative effects we should be looking out for?

One of the four attributes of connectivity is unknowable pervasiveness which reminds us that the extensiveness of networks now exceeds our ability to know who is connected to whom. The very culture of sharing that ushered in the internet is now one of its dark sides.  If the Internet of Things were a scary movie, it would have to be ‘Unknowable Pervasiveness, Part II: Your Toaster is Watching You’.

Another aspect of unknowable pervasiveness is the concern over privacy and security in an increasingly connected world. And one other concern that my friends in the largest army on Earth (I can’t tell which one) tell me is the sheer demand for battery power. If everything has an IP address, how does it connect to the Internet of Things if not by some electronic device, which requires some (albeit less and less over time) power source? This is where solar and other power sources will be necessary. And finally, the easy issue to see is related to the first one, i.e., if so much data are available from so many sensors, who owns those data and what can they do with it?

Does increased connectivity have ethical dimensions? I’m thinking here of the phenomenon of the kind of behaviour seen in High Frequency Trading on Wall Street.

Yes, a book recommendation here is Flash Boys by Michael Lewis, which shows how too much connectivity (speed and location) can produce so-called moral hazards for professionals. If you believe banks have high moral standards, you will question that stance after reading the book. There is also this notion of ‘winner-take-all’ economics, whereby one firm essentially wraps up an entire industry sector. Think Google for search, Amazon for retail, WeChat the ’Super App’, and so on. The number of such mass roll-ups is not big, but the power of these incumbents is enormous and almost unprecedented (although there have been state-owned and other monopolies before). And, just because someone can monitor me with sensors, should they be able to? This frontier will bring lots of contention.

Reports of millennials turning their backs on social media are increasing. Why do you think this could be and what’s the future of offline living?

Two reasons come to mind. First is the need to rebel against something as an exercise in identity and individuation. And by rebelling collectively you have the added sense of camaraderie, of joining the revolution. Second is the age-old existential question that most of us face as we grow up; that is, who am I and what do I want to do with my life? And frankly, that is where leaving social media affords the opportunity to reflect in private or in face-to-face conversations with others about what life means. Remember, these are very challenging and uncertain times for young people and some will confront the uncertainty with a ‘quest,’ which is, in gestalt psychological terms, completely normal. The ‘hero’s journey’ may mean leaving the curated online world behind—at least temporarily—as we cross that metaphorical lonely valley.

“We may be cyborgs already, but we are cyborgs that live in a physical world.”

Are we in danger of losing our authentic selves in a hyper-connected world that encourages us to have artificial avatars?

We are not necessarily more authentic offline than we are online. Consider soldiers writing home from the battlefield. Those accounts are more ‘real’ than what they were telling each other face-to-face. While I am not a big virtual reality user, I don’t see it as necessarily problematic, except when it seduces us from all other realities. The good news is that most of us can deal with multiple realities.

With our world becoming increasingly virtual, is it important for people to keep in touch with their physical surroundings?

There is some evidence that embodied knowledge is still essential in navigating (literally and figuratively) in the world. We may be cyborgs already, but we are cyborgs that live in a physical world . So much of what it means to be human is still physical that it would be a shame to pretend we can disconnect from our physical surroundings. I am not just being sentimental here. There is a massive literature on ‘resilience’ and other fields related to wellbeing that suggests we neglect our bodies and the world to our own peril.

Do you have any practical tips for striking the right balance when it comes to connectivity and disconnect?

My practical suggestions for connecting and disconnecting are based on simple rules and daily practice. Just as complex and fancy diets don’t work, neither will complicated methods for managing connectivity. Many families have simple rules, such as no mobile devices at the dinner table, or friends play the first-call-pays game when eating out. No email before breakfast would be a simple rule. I use this one, but confess to often checking emails while I eat breakfast. There seems to be strong support for no screens an hour or so before going to sleep. And, while digital vacations are a good idea, just as with diets, it’s our daily habits that make a difference in the long run. Find a way to disconnect every day while you’re walking the dog, or playing with the kids, or meeting with friends, and you’ll reap the benefits in the long run. Practice is the key. Things that seem hard become easier and more enjoyable over time.

Professor Darl Kolb is one of the first foundation professors in the Graduate School of Management (SM) and the first professor of connectivity in the world. He has been defining, theorising and empirically exploring connectivity for 15 years, having written articles on the metaphor of connectivity, requisite connectivity and states of connectivity. Prior to joining the GSM, Darl was a member of the Department of Management and International Business for 20 years, during which time he received several distinguished awards for excellence and innovation in teaching. Outside the Business School, he has worked with hundreds of small to medium-sized New Zealand businesses through The Icehouse growth programmes.