Why Noam Chomsky is wrong about internal comms

A fresh perspective on employee's freedom to act 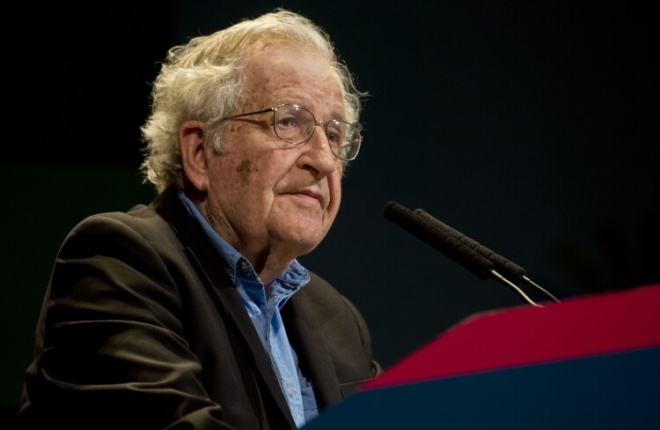 As part of my weekend trawl through my endless Facebook feeds, I stumbled upon this quote from Noam Chomsky, posted by an otherwise lucid Dutch friend of mine:

"What kind of freedom is there inside a corporation? They’re totalitarian institutions – you take orders from above and maybe give them to people below you. There’s about as much freedom as under Stalinism."
― Noam Chomsky

Inside Chomsky’s quote is wrapped all of the conventional wisdom about the nature of internal communication and indeed of organisational life itself. But in its inaccuracy, it creates a real opening for a fresh perspective.

As the focus of organisations turns toward service and experience, success becomes a function of how an organisation makes the most of employees’ freedom rather than the extent to which it minimises that freedom.

In the West, fewer and fewer employees work on assembly lines or in unskilled labourer roles with a minimum of human contact. Where there is human contact—with colleagues and with customers—the employee’s freedom to act, or better said, discretion, increases significantly.

At a basic level, employees have the discretion to choose what information they believe and which information sources to trust. They also can choose which of their peers they socialise with and how they talk about the organisation. Most importantly, they can choose to be rigid or flexible, stiff or welcoming in their interactions with customers. And, for the most part, they can do so without any legitimate fear of being sent to a Siberian gulag for a couple of decades.

What does that mean for internal communicators? Everything.

And what does this realisation change?

Strategically, that means shifting away from attempting to stimulate “discretionary effort” and towards generating more effective use of employee discretion.

Tactically, it means adopting a tone that stops using the corporate ‘we’ and acknowledges the ability of employees to think and act freely. It also means providing examples and asking questions that give employees a framework for understanding how using their discretion can deliver mutual benefit to themselves, their customers, their colleagues and the organisation as a whole.

For the most part, internal communicators are doing the right thing tactically. But focusing on effective discretion instead of discretionary effort represents a paradigm shift. It moves internal communication away from trying to generate more effort to actively generating better effort.

This article first appeared on Mike’s website Changing the Terms. You can keep up the conversation with Mike at @mklein818.