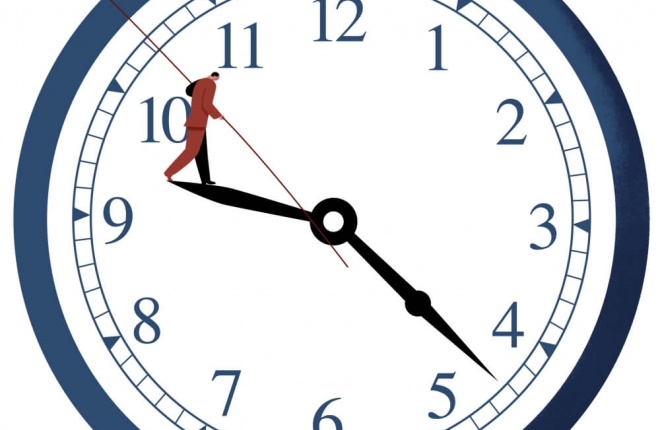 Every day, billions of people around the globe get up, get dressed and go to work. Why? For many it is a matter of survival. For those who are lucky, what they do for a living enriches them emotionally and psychologically – and is, perhaps, even fun. We might not like every aspect of what we do, but we do it. If we find that the negatives get to be too much, we are likely to look for another job.

What does that have to do with building trust in business, you might ask? A lot.

Our relationship with the companies that we buy products and services from, regulate, invest in, partner with, or work for share some common factors that are important for understanding and building trust in business generally – whether they are domestic favourites or new entrants from further afield. Trust is fundamental to a positive and strong reputation. Trust is won or lost both through long-term relationship building and in actions that occur in a heartbeat.

The data on trust

For large corporations in any part of the world, building trust across key audiences in their home market or region is tough enough. This challenge is compounded when corporates enter new regions, where the audiences, norms and behaviours are different and unfamiliar.

"Trust is won or lost both through long-term relationship building and in actions that occur in a heartbeat."

However, when it comes to identifying specific trust metrics on how a) European companies are viewed in China or b) Chinese companies are viewed in Europe, there is very little publicly available data. In the absence of this cross cultural data, it is important for communications professionals to go back to first principles to understand the building blocks of trust with the cross cultural audiences that matter to the success of their organisations.

To understand how to build trust when entering a new market, we need to focus on the building blocks of trust for any relationship, but particularly those in the corporate and professional world. The key is to realise that stakeholders are people too, no matter what role they play in their day job. When it comes to trust, we as humans are hardwired to understand when trust exists or has been destroyed. We don’t just know it, we also feel it. It is the outcome of specific behaviours and experiences. While there are many factors at play, the dynamic can be boiled down into five main areas:

What it means in practice: west to east

Many European corporates have expanded their presence in China over the last three decades with varying degrees of success. As the buying power of China’s massive consumer base has increased, the luxury sector in particular has flourished – first Gucci, Prada and LVMH, and latterly more niche brands as tastes have evolved – with Chinese consumers trusting in the quality of the product. Similarly, European FMCG players such as Nestle and Unilever have been able to charge a premium in China as they are better trusted than locally produced alternatives when it comes to safety and quality.

Many European companies, however, have come unstuck in China by failing to understand local expectations of corporates – and the different expectations on foreign and domestic Chinese firms. In China, companies are increasingly expected to act responsibly and be proactive in using their corporate expertise to play a role in solving the country’s social and economic problems. It is not enough to operate your business well and pay taxes in China – a company’s license to operate is influenced by the value it brings to China and not just the quality of its products or services. It is also important to understand the government’s priorities and to be seen to support the country’s strategic objectives.

In China these issues – the environment and the role of business in community – are changing. Companies are being held up to increasingly higher standards and expectations. The recent anti-corruption campaign is an example of the Chinese government telling those operating in China be they foreign or local that expectations have changed and the way people operated previously will no longer be tolerated.

"For European companies to build trust in China, they also need to be sensitive to local cultural norms."

For European companies to build trust in China, they also need to be sensitive to local cultural norms. Guanxi, or relationships, matter hugely in China and it has historically been critical for companies wishing to do business in China to build trust with the government. But it is no longer possible to rely on a single relationship; companies must build trust among a broader coalition of stakeholders across government and beyond. The mode of engagement also matters in China – face-to-face meetings are important in building trust, ensuring that your representatives are the right level is important.

What it means in practice: east to west

Many Chinese companies both private and state owned enterprises (SOEs) across many sectors are going global and expanding from being leaders in their home market to competing with international players outside China. In the process, many have encountered issues earning trust from governments and regulators, media, NGOs, partners, communities and customers in new markets. From large oil players facing issues acquiring assets overseas to trade sanctions placed on Chinese solar companies and concerns about Chinese ownership of assets of cultural or strategic significance, the lack of trust faced by Chinese companies is limiting these companies’ growth and the growth of China on the world stage. How can Chinese corporates build trust among audiences outside of China as they expand into countries that may be uncertain about China’s growing influence in the world and sceptical of the motives of businesses from China?

Much of the difficulty in building trust facing Chinese companies in Europe comes from a sense in the west that China doesn’t share the same values. This is especially true when it comes to issues that are increasingly important in Europe like employee welfare, the environment, and the role of business in the community. Mistrust also creates issues. For example, there are repeated misunderstandings about the parentage of companies and a simplistic view in the west that everything is controlled by the Chinese government/Party. This is not true. But, the Chinese companies don't yet understand that they need to embrace this and communicate.

The simple truth is Chinese companies are not as used to communicating as companies in Europe because in China it hasn’t been necessary in the same way as in the west. SOEs which have led the overseas expansion in most sectors live in a different world in China and communicating is alien to them (in the western term). They are learning. Private Chinese companies are better and are learning quicker than the SOEs – the likes of Fosun (the owner of Club Med), WH Group (owner of America’s leading pork producer Smithfield) and Dalian Wanda (owner of cinema chain AMC) are among those leading the way.

Chinese companies are largely unknown in Europe and tend to be conservative when it comes to telling their story. In the absence of specific knowledge about a company, and without proactive communication about its mission, track record and values, audiences overseas can all to easily defer to negative stereotypes and overly simplistic analyses about Brand China.

For these reasons, communicators within Chinese companies have to work doubly hard to tell the company’s story and build trust. Many Chinese companies lack a strong or deep bench of spokespeople with the language and media skills required to engage international audiences – in these instances, strong owned content can help to fill the gap. The bigger challenge for these communicators is managing to shift the culture within their company to one that embraces transparency and recognises the critical role of communications within an internationalised business with overseas operations, employees, investors and customers.

When it comes to trust for European corporates operating in China or Chinese companies expanding into Europe, trust is fundamental to a company’s license to operate. The lack of mutual understanding, experience or information between China and Europe (on both the individual and business levels) means that building trust in either direction will take time. Without more information, understanding cannot flourish. Without a wider range of shared experiences, the roots of trust are only just sprouting.

Chinese companies need to understand the process of building a strong reputation is different in Europe than back home. Without strong communications, Chinese businesses in Europe may be seen as unsophisticated, less premium or as fronts for Chinese government interests. Explain who you are (you may be a Fortune 500 company but if all of that profit is from China, stakeholders elsewhere still won’t know who you are), focus on transparency, common purpose, and produce strong content to tell the story in a way that will resonate with your target audience. Likewise, European companies and western business practices can fall flat unless the approach is tailored for local sensibilities. European companies seeking to trade with China need to realise that China expects you to demonstrate that you bring something to China that is greater and more meaningful than just ‘investment’.

Regardless of the direction of travel, adhering to the basic principles of trust building – respect, common purpose, authenticity, openness, and meaningful engagement – will help ensure the roots of trust are in solid ground.

David Ashton leads Brunswick Insight in Asia, the research and insights division of the corporate communications consultancy. Based out of Hong Kong, David advises corporates across a range of crisis, mergers and acquisitions, capital markets, stakeholder engagement and reputation transformation mandates in China and the wider Asia region. Formerly he worked in political polling and research in the UK, advising politicians and media public opinion trends and helping corporates employ research in their campaigns.