You could be forgiven for thinking that Brexit has paralysed British political and business life, at home in the UK and abroad. However, the British Chambers of Commerce is working hard to keep political leaders focussed on the big decisions necessary to ensure a competitive future for the country. 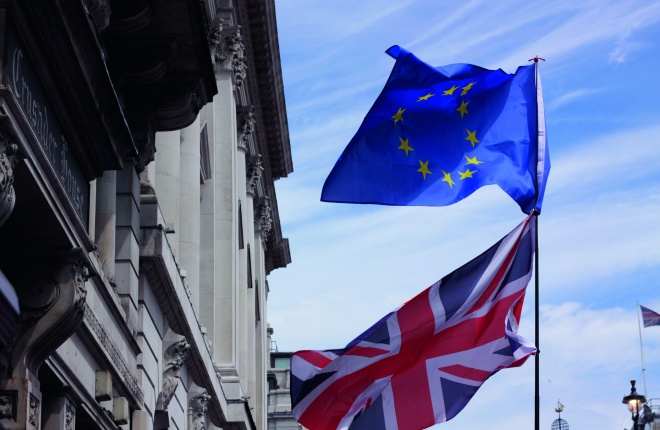 It has been over three years since the United Kingdom voted to leave the European Union in June 2016.

Since that date, the political dramas and disagreements at the heart of the British political system have been closely watched by business communities in the UK, across Europe and in markets across the globe.

At times it has felt like the country and the economy have been going around in circles. A referendum, general election and change of government within the space of three years have dented economic growth and confidence.

The fragmentation of party politics, incredibly tight parliamentary arithmetic, late-night votes and a series of cliff-edge deadlines have left both businesses and the public divided, weary and frustrated.

Beneath the surface – away from the cut-and-thrust of Westminster’s theatrical politics, so well-documented by the world’s media – another battle has been raging.

This is an epic clash between economics, logic and pragmatism – on the one hand – and emotion and ideology on the other.

By this, I don’t mean a clash between the Leave and Remain sides in the referendum itself, but rather a battle between those seeking practical, real-world answers in the face of change and those who dismiss the detail as somehow irrelevant or unimportant.

The British Chambers of Commerce runs the largest private business survey in the UK and recent results highlight the impact of uncertainty on business confidence and investment, with a number of indicators at or near their lowest levels since the global financial crisis.

Both before and in the aftermath of the UK referendum, many politicians and opinion-formers have sought to diminish the legitimate questions posed by businesses and communities facing the biggest economic and trading shift in a generation.

Some at both extremes of the debate have even tried to drown out the voice of business when its rational and pragmatic concerns did not fit with their particular narrative.

That has made the role of organisations like ours more important than ever.

The British Chambers of Commerce represents 53 unique UK business communities, with over 75,000 businesses of every size and sector that between them employ nearly six million people. That’s around a quarter of the UK’s private-sector workforce.

We also have a growing global network of British Chambers, with vibrant communities of trading businesses in over 50 markets and countries around the globe, including two dozen countries across Europe.

The scope and breadth of our membership and our evidence base, including some of the biggest and longest-running business surveys in the UK, gives us an unparalleled insight into the priorities and concerns of both UK businesses and their trading partners.

And over the past three years, we have had to fight a sometimes uphill battle to put evidence, insight and the economy at the heart of the Brexit debate.

Given that businesspeople have a range of views and opinions on Brexit and the potential outcome of UK-EU negotiations, the BCC has adopted a neutral position since the beginning. Our approach has always been rooted in pragmatism, and we campaign for answers to the critical questions facing businesses so we can support them to try and plan for the future.

More than anything else, businesses need detail in order to navigate significant change. Getting this detail amidst escalating political noise has been difficult at times. Persistence and insistence have characterised our lobbying and representation work – as well as our repeated public interventions.

For example, businesses want to know who they can hire the day after Brexit, and under what conditions. They want to understand whether they can transfer employees to branches in different countries, and what immigration conditions their people will face.

They need to know whether goods shipments will face delays, additional bureaucracy, or new procedures when crossing borders. This is particularly important given that our research suggests UK businesses will continue to regard the Continent as a primary overseas market, come what may: 44 per cent planned to start or continue exporting to Western Europe, while 32 per cent said the same of Central and Eastern Europe.

Companies need to know that the regulatory approvals that they worked so hard to secure will still be valid, and what legal recourse they will have to settle a dispute arising with customers or suppliers in another European country.

These are rational, economic questions with a direct relationship to a business’s cost base, margins and competitiveness.

The BCC has regularly published a snapshot of the key risks and questions that businesses are facing in the event of a no-deal scenario – and we publish a Business Brexit Checklist designed to help firms of any size or sector consider how to plan for the future.

Unfortunately, continued political uncertainty at the time of writing means that not all of these very fundamental questions have answers.

Yet we have successfully secured results for UK businesses and their trading partners in a number of areas that will have real world impacts on firms and their customers and suppliers. Clarity around VAT on imports, the UK’s role in setting voluntary industrial standards, and UK government commitments to securing the rights of our EU friends and co-workers resident here are all evidence that slowly, steadily, we are getting answers for businesses on the real-world issues that matter to them every day.

We’ve also worked closely with Chambers of Commerce in a number of other EU countries, as well as with other UK business organisations and British business communities across Europe. Wherever possible, we’ve delivered a cohesive, coherent and pragmatic business voice to both sides of the Brexit negotiations. Future trade and success between the UK and our nearest neighbours rests on clear information, guidance and advice for business communities on both sides of the English Channel.

And the clear message we have championed – together – is the importance of avoiding a messy and disorderly Brexit.

Communicating for evidence and solutions

Ahead of the original deadline in March we saw many firms forced to prepare for a scenario they didn’t want. Thousands stockpiled inventory and inputs. Others took on or shed staff, paused investment, and diverted or deferred key operations in response to the looming prospect of a ‘no-deal’ exit.

The extensions to Article 50 in March and April avoided the unwanted possibility of a messy exit at that point, but we made clear that the last-minute nature of the agreement was costly and frustrating to businesses, both in the UK and further afield.

As the countdown to 31 October continues, with a ‘no deal’ Brexit once again a very real prospect, we have called on the new UK prime minister and the European Union to do all they can to avoid a disorderly exit. Ongoing political brinksmanship is still sapping business confidence, and we remain concerned that neither governments nor businesses are fully prepared for all possible scenarios.

Nor are they fully prepared for the longer term.

The Brexit black hole has dragged both government and business attention away from some of the key domestic issues that will determine whether the UK has a strong and competitive future business environment.

"The Brexit black hole has dragged both government and business attention away from some of the key domestic issues."

So another key part of the BCC’s mission over the last three years has been to shine a light on the big decisions that need to be taken by our leaders at Westminster to keep the UK at the top of global rankings of places to do business.

We make the case for increased investment in physical and digital infrastructure – overcoming historic deficits and boosting local, national and global connectivity.

We campaign for a business-friendly and flexible immigration system, open to skilled individuals from across Europe and around the world, alongside a better and more consistent training system here at home.

We battle against relentless increases in the up-front cost of doing business, and fight for incentives to increase the level of capital investment by both UK and global companies.

These goals will take on even greater importance over the coming months. As a private sector organisation with reputation and brand at the very heart of all we do, we recognise that there will be a need to restore the hard-earned reputation of the UK as a great place to invest and trade after several long years of uncertainty.

British Chambers of Commerce have supported business and trade locally, nationally and globally for many decades – and in some cases for over 200 years. When the dust settles on Brexit, they will still be there, providing practical, real-world advice and support to businesses who are dealing with change and looking for new opportunities in the UK, Europe and further afield.

Taking a step back, this has been a challenging time for all of us who have the job of communicating on behalf of companies and communities, both in Europe and around the world.

Politics has become increasingly polarised, emotional and ideological in so many countries.

"Politics has become increasingly polarised, emotional and ideological in so many countries."

In turn, we as communicators have to find new ways to return the focus of our leaders to rational evidence and practical solutions that work on the ground.

Dr Adam Marshall has been Director General since October 2016. He was previously executive director for policy and external affairs at the British Chambers of Commerce. Charged with representing the interests of many thousands of companies, Adam works at the highest levels of business, government, and the media to tackle many of the key issues facing firms in Britain today. Prior to joining the BCC, Adam helped start up the Centre for Cities, build commercial links between industry and universities, and worked in the broadcast media.